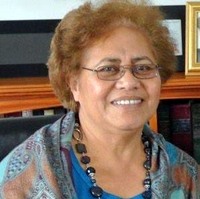 Why did I go on mission?

Going on a short mission trip to India then Bangladesh during the month of October 2014 was eye opening for me.  Although I had been on mission trips before , the places we went to were of similar situations as that of NZ.  That was the challenge – the uncomforting situations of going to the unknown places.  The culture shock of being among so many people, people, people!

Leading up to the team departure, it was so exciting working together with Tom, Karolina & Arthur from Sydney, who had joined our team called ‘IndiBang’.  We learned a few greetings and songs in Bengal so we could relate to the people we ministered to.  Highly recommend that!

Although it was only a short trip, but it exposed me to the reality of how other people live in very crowded areas, fighting for space and have very little belongings.  It made me more grateful and appreciates the clean, beautiful country of NZ.

In spite of the uncomfortable situations and strange foods exposed to, I felt that I was fulfilling the Great Commision to ‘go’ and….‘lo, I will be with you’.  For, if there is no ‘go’ there is no ‘lo’.

One area that stood out for me – was the opportunity to encourage those who are already on the field.   It was encouraging!   I take my hat off to people like Mesu & Oni from Fiji who have been in Kolkata for over a year, learning the local dialect, church planting, and reaching out to people at the slums of Kolkata.  Brother Silo Schmidt from Samoa who has lived in Bangladesh for over 30 years – and many others in the YWAM leadership.  I can now pray specifically for them!